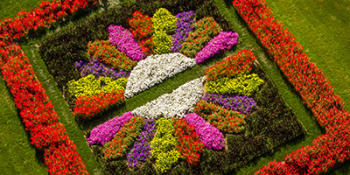 Enjoy a unique Amish buggy ride around Shipshewana with some entertaining stories. Enjoy a nice Soup and Salad Lunch (Pre-Paid), then enjoy the Musical Show, “Best of Me”.  A musical comedy. After one too many burnt batches of bread, two too many crooked quilts and a few more gardening glitches than a person can handle, Rachel Miller decides to step out of her comfort zone on the farm and see how ‘the other half’ lives. After all, she’s seen the Telemundo soap opera actresses on the TV at Walmart. How hard can this acting thing be?!?!?!? But after trading in the “Amish apple dumpling” for the “Big Apple”, Rachel finds out the grass isn’t always greener on the other side. In fact, there may not be any grass at all! You’ll laugh a lot and may even cry a little as you follow the Amish girl, a fading Broadway star, and a handsome stranger in their quest to find the best of themselves. Love, laughter, and the lights of Broadway brighten the stage in The Best of Me! Then visit some authentic Amish shops before stopping for Dinner (Pre-Paid) prior to listening in concert, COUNTRY-LEGEND, John Conlee! John Conlee’s hits have rarely been songs that see life through the hard-fact-hiding “Rose Colored Glasses” described in his first smash record of 1978. Through all the years since, his emphasis has been on songs of the lives of everyday people – middle class, hardworking people, and those who’ve been unable to attain even that level of economic ease. He made a fresh hit again of “Busted,” when country fans might have thought Ray Charles and Johnny Cash had enjoyed the last word on that one. He had us nodding in agreement to the tough realities of “Nothing Behind You, Nothing in Sight.“ “There are more of us ordinary folks than anybody else,” says the big-voiced baritone whose hits also include “Common Man,” “Working Man,” and “Friday Night Blues.”

Enjoy a day of touring Quilt Gardens around the area. Every quilt garden and quilt mural has its own intricate pattern, many are original designs and each has its own unique story. Each of their unique communities host quilt gardens & murals have their own special character and fun finds you’ll want to explore. It’s the only experience of its kind in the world! We’ll also visit Linton’s Enchanted Gardens. For a truly unforgettable experience, visit the award-winning Linton’s Enchanted Gardens, Indiana’s largest Home and Garden Center, and the number one attraction according to TripAdvisor! After, we’ll enjoy a Buffet-Style Dinner (Pre-Paid) before enjoying the SHOW, “Salute to The Stars”  includes Dolly Parton, performed by the extremely talented and versatile Wendy T. Wendy has performed from Las Vegas to Atlantic City, in Casinos, on Cruise Ships , at Fairs, USO tours, and the top Las Vegas impersonator show, Legends in Concert!  She played many years at theaters in Pigeon Forge, Tennessee, performing for devout Dolly fans and participating with Dolly in her springtime parade! Mark Gagnon, with his deep bass/baritone voice will take you back as he pays tribute to the country and rockabilly times of the Man in Black, Johnny Cash. And finally, as the King of Rock and Roll, Elvis Presley, is the man known worldwide as the TRUE Voice of Elvis, Doug Church. Doug began his career in the US Air Force, brandishing a guitar and home-made costume, where he began winning talent contests held annually by the Air Force with his amazing rendition of the King of Rock n Roll. They swear that when you close your eyes, Elvis is right there in the room with you. Doug’s voice has been acknowledged as being the closest to “The King’s” by not only his fans and peers but also by those who knew Elvis personally, and is regarded as an Icon in the industry.

Enjoy our last breakfast together before we arrive home with many pictures, wonderful memories and new great friends! Welcome home!

DEPOSIT $50 PER PERSON DUE IMMEDIATELY UPON SIGNING UP. Final Balance due May 4, 2021