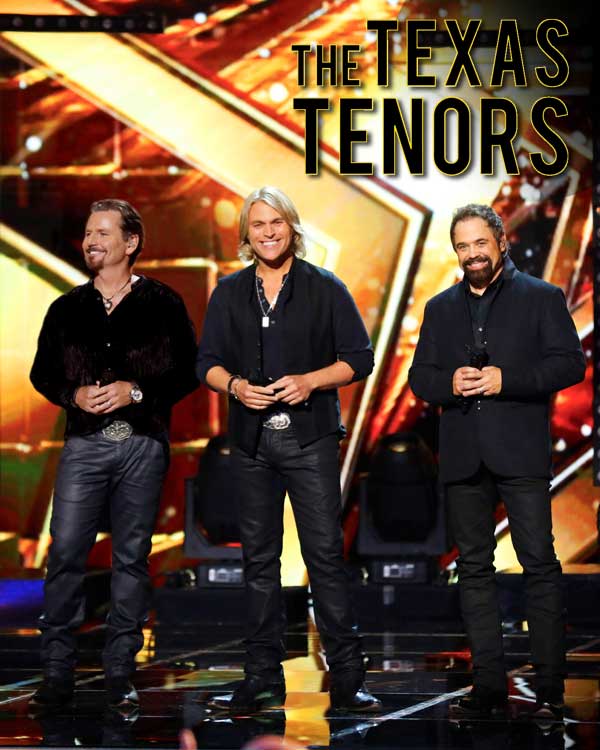 This AMAZING SPECIAL price for our 2022 Christmas in Branson includes ALL items below:

Welcome Aboard! We’ll depart our pick up locations for a nice enjoyable ride to Branson, Missouri where we’ll be in our Branson hotel for four evenings.  Luggage will be delivered to your rooms. Then we’ll depart for Dinner (Pre-Paid) before departing to our first SHOW – BRANSON’S FAMOUS BALDKNOBBERS. Giving you a rip-roaring good time is what we do at Branson’s Famous Baldknobbers Show! Our live country music, comedy and variety show in Branson, MO, is the hot place to be for family-friendly fun and good comedy. We combine the best country music with clean humor, and even a touch rock-and-roll to give you and your family an experience you won’t forget! Our family has been bringing this show to Branson since 1959, and we’ll provide a night that will make you want to sing along, and tickle your funny bone while you’re at it.

Enjoy a nice hot breakfast at our hotel, then depart for SHOW – CLAY COOPER’S CHRISTMAS EXPRESS. See Clay Cooper and his Live Band, 10 Dancers, New Male Trio of Singers, and Comedian Matt Gumm! They also have outstanding youth entertainers Colton & Caden Cooper! This high-energy show is filled with singing, dancing, comedy, 24 entertainers on stage, great visual effects, and a variety of music – old and new country, rock, current hits, gospel, and patriotic!  Show features an Ozark Mountain Christmas Celebration that has become a “MUST SEE” in Branson. After, we’ll go to Downtown Historic Branson for free time to browse all the shops. Lunch (On Own). Tons of shopping or take the trolley down to the Landing or to Bass Pro Shops!! After, depart for our hotel to freshen up and relax before dinner.  Then Dinner (Pre-Paid) followed by our SHOW – TEXAS TENORS. The Texas Tenors return for their 11th award-winning year in Branson for a special limited engagement. They are the most successful music group and third highest selling artist in the history of America’s Got Talent. Since appearing on the TV series, JC, Marcus and John have released numerous CDs, DVDs, PBS Specials and a children’s book that have earned them impressive recognition including three Emmy Awards, The Gelett Bugess Award for Excellence in Children’s Literature and the distinction of being Billboard Magazine’s #10 Classical Artist in the World. Their most recent albums, “Rise” and “A Collection of Broadway and American Classics” both debuted at #1 on the Billboard Charts. These classically trained, versatile tenors have performed all over the world headlining concerts in Las Vegas, China and a 24-city tour on the United Kingdom.

After our yummy breakfast at hotel, depart for our morning SHOW – HOT RODS & HIGH HEELS. celebrate the 50’s once again in one of the most popular Branson shows! No matter how many decades pass us by, our hearts long for the 50’s; whether you’re a baby boomer who experienced the era, or a teenager just discovering its appeal, there’s something about that decade that will never fade away. And there’s so much to love…the clothes, the cars, the songs, the atmosphere of soda shops, record stores, drive-in diners, and sock hops; it speaks at once of innocence and of romance. Hot Rods & High Heels vaults us back to the best of those good ol’ days with singing and dancing from an incredible cast; an ensemble of some of Branson’s best performers. Then we’re in time to depart for the Welk Resorts where we will enjoy Lunch (Pre-Paid) before seeing our afternoon SHOW – DANIEL O’DONNELL. International singing star and a first favorite in Branson, Daniel O Donnell returns to stage in Branson. Daniel will be performing his concert-style show which features all your favorites and his many hits. After, our show, we’ll have some relaxation time or to freshen up at the hotel before departing for Dinner (Pre-Paid). Then after a leisurely dinner, we’ll drive around the Branson area and view the Christmas lights.

After our wonderful breakfast at hotel, we will depart for our SHOW – DOUG GABRIEL CHRISTMAS. Amazing Music & Mr. Entertainment! Come see the show that will have you talking for months. The Doug Gabriel Show, is a good, clean family show with a lot of variety. It has a talented cast, rib-tickling comedy and a terrific ensemble of musicians. Plus, Doug plays his World Famous Mufftar, a guitar made out of a 1969 Thunderbird muffler! It is a show that will make your whole day! Then depart for Lunch (Pre-Paid) before departing for our afternoon SHOW – “MIRACLE OF CHRISTMAS”  at Sight and Sound Theatre. After decades of crushing Roman rule, the Hebrew people are losing hope. When will the promised Messiah come? Into the midst of this turmoil, young Mary is told she will miraculously bear God’s son. Who can even believe such a thing? Celebrate the season with your whole family as the Christmas story unfolds right before your eyes.  Then we’re off to Dinner (Pre-Paid) at the Hughes Brothers Theater before enjoying the SHOW – HUGHES BROTHERS FAMILY CHRSTMAS. ”. Experience entertainment with the most dynamic and compelling family in show business today! A compilation of over 30 years of show biz experience, wrapped up into a single incredible experience with 50 amazing singers, dancers, musicians, and performers. It’s the Ultimate Christmas Experience! Be transported to a Christmas wonderland filled with the season’s best vocal harmonies, exciting dances, inspiring instrumentals, and of course, the enchantment and light-hearted humor that everyone loves about the Hughes Brothers Show. Along with all the festive surprises and treasured family traditions, see Santa in a new light when he explains the symbols of Christmas in the most moving Christmas presentation you’ve ever witnessed. “It’s a triumph of everything you want to feel at Christmas time.”

Enjoy our last breakfast together at the hotel before we depart for home. We’ll have one last stop in store, you’ll be NUTS about it! Then arrive home with many pictures, memories and new great friends! Welcome home, relaxed , and happy!!!

DEPOSIT $50 PER PERSON DUE IMMEDIATELY UPON SIGNING UP. Final Balance due October 7, 2022