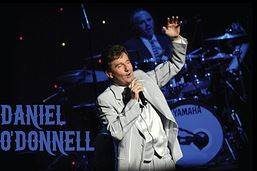 $50 Per Person Deposit due upon Signing up. Balance due October 14th

This INCREDIBLE SPECIAL price for our 2022 Branson Ozark Christmas includes ALL items below:

Welcome Aboard! We’ll depart our pick-up locations for a nice enjoyable ride to Branson, Missouri where we’ll be in our Branson hotel for four evenings.  Luggage will be delivered to your rooms. Then we’ll depart for Dinner (Pre-Paid) before departing to our first SHOW – DEAN Z – THE ULTIMATE ELVIS. If you love the King of Rock & Roll then you’ve got to see Dean Z – The Ultimate Elvis! Dean Z’s Elvis impersonation and performance will blow you away. When you visit this show, you’ll get to hear classic songs from all of the different eras of Elvis’ musical career. Dean Z’s musical resume is unmatched. He has performed around the globe for nearly two decades and was named by the Elvis Presley Enterprises (EPE) as the World’s Greatest Elvis Tribute Artists in 2013. He has performed in thousands of shows, hosted Sirius XM’s Elvis Radio channel and much more!

Enjoy a nice hot breakfast at our hotel, then depart for SHOW – CLAY COOPER’S CHRISTMAS EXPRESS. See Clay Cooper and his Live Band, 10 Dancers, New Male Trio of Singers, and Comedian Matt Gumm! They also have outstanding youth entertainers Colton & Caden Cooper! This high-energy show is filled with singing, dancing, comedy, 24 entertainers on stage, great visual effects, and a variety of music – old and new country, rock, current hits, gospel, and patriotic!  Show features an Ozark Mountain Christmas Celebration that has become a “MUST SEE” in Branson. After, we’ll go to Downtown Historic Branson for free time to browse all the shops. Lunch (On Own). Tons of shopping or take the trolley down to the Landing or to Bass Pro Shops!! Depart for our afternoon SHOW – “MIRACLE OF CHRISTMAS”  at Sight and Sound Theatre. After decades of crushing Roman rule, the Hebrew people are losing hope. When will the promised Messiah come? Into the midst of this turmoil, young Mary is told she will miraculously bear God’s son. Who can even believe such a thing? Celebrate the season with your whole family as the Christmas story unfolds right before your eyes. Then we’ll enjoy a leisurely Dinner (Pre-Paid) before returning to our hotel by way of viewing some Christmas Lights beforehand. Then on own balance of evening.

After our yummy breakfast at hotel, depart for our morning SHOW – HOT RODS & HIGH HEELS. celebrate the 50’s once again in one of the most popular Branson shows! No matter how many decades pass us by, our hearts long for the 50’s; whether you’re a baby boomer who experienced the era, or a teenager just discovering its appeal, there’s something about that decade that will never fade away. And there’s so much to love…the clothes, the cars, the songs, the atmosphere of soda shops, record stores, drive-in diners, and sock hops; it speaks at once of innocence and of romance. Hot Rods & High Heels vaults us back to the best of those good ol’ days with singing and dancing from an incredible cast; an ensemble of some of Branson’s best performers.  Then we’ll enjoy Lunch (Pre-Paid) before departing for our afternoon SHOW – YAKOV SMIRNOFF. After escaping communist Soviet Union in the 1977, Yakov came to the United States with nothing but a dream. Before even learning the language, Yakov humbly began working as a bartender at the famous Grossinger’s Catskill Resort in New York, where he started telling jokes to his customers each night. As his English improved, he quickly grew in popularity. He made a daring move to Hollywood where the owner of The Comedy Store, Mitzi Shore, spotted him and advised him to stay. She told him, “There is always a place for good and different.” His lovable view of life through the eyes of a poor immigrant captured the hearts of America. He soared to the top of the comedy world, performing on “The Tonight Show with Johnny Carson” and countless other television programs, including as a regular character on “Night Court.” He became a star of his very own show, named after his famous catchphrase, “What a Country!” Yakov branched out to the big screen where he starred in movies with Tom Hanks, Robin Williams, Richard Pryor, Meryl Streep and Jack Nicholson, to name a few. In 2016 and 2017 his TV special “Happily ever laughter” was voted “The best special” on PBS. He has given command performances for 4 US presidents. Enjoy Dinner (Pre-Paid) before heading to our evening SHOW – THE OAK RIDGE BOYS. Theirs is one of the most distinctive and recognizable sounds in the music industry. The four-part harmonies and upbeat songs of The Oak Ridge Boys have spawned dozens of Country hits and a Number One Pop smash, earned them Grammy, Dove, CMA, and ACM awards and garnered a host of other industry and fan accolades. Every time they step before an audience, the Oaks bring four decades of charted singles, and 50 years of tradition, to a stage show widely acknowledged as among the most exciting anywhere.

After our wonderful breakfast at hotel, we will depart for our SHOW – DOUG GABRIEL CHRISTMAS. Amazing Music & Mr. Entertainment! Come see the show that will have you talking for months. The Doug Gabriel Show, is a good, clean family show with a lot of variety. It has a talented cast, rib-tickling comedy and a terrific ensemble of musicians. Plus, Doug plays his World Famous Mufftar, a guitar made out of a 1969 Thunderbird muffler! It is a show that will make your whole day! Then depart for Lunch (Pre-Paid) before seeing our afternoon SHOW – DANIEL O’DONNELL. International singing star and a first favorite in Branson, Daniel O Donnell returns to stage in Branson. Daniel will be performing his concert-style show which features all your favorites and his many hits. After, our show, we’ll walk over to the Canteen Grill at Welk Resorts for Dinner (Pre-Paid). Then after a nice dinner, we’ll depart for our evening SHOW – TEXAS TENORS. The Texas Tenors return for their 11th award-winning year in Branson for a special limited engagement. They are the most successful music group and third highest selling artist in the history of America’s Got Talent. Since appearing on the TV series, JC, Marcus and John have released numerous CDs, DVDs, PBS Specials and a children’s book that have earned them impressive recognition including three Emmy Awards, The Gelett Bugess Award for Excellence in Children’s Literature and the distinction of being Billboard Magazine’s #10 Classical Artist in the World. Their most recent albums, “Rise” and “A Collection of Broadway and American Classics” both debuted at #1 on the Billboard Charts. These classically trained, versatile tenors have performed all over the world headlining concerts in Las Vegas, China and a 24-city tour on the United Kingdom.

Enjoy our last breakfast together at the hotel before we depart for home.  Then arrive home with many pictures, memories and new great friends! Welcome home, relaxed , fat and happy!!! Hahaha!

DEPOSIT $50 PER PERSON DUE IMMEDIATELY UPON SIGNING UP. Final Balance due October 14, 2022